The Voneus National Village Cup is the grassroots competition that, for 50 years, has embodied every village cricketer’s dream to play at Lords. The dream is still alive at Aston Rowant after a crushing victory in The Oxfordshire Semi Finals at home to Minster Lovell last Sunday.

Our NVKO Oxfordshire semi-final opponents, Minster Lovell had a reasonably poor day from start to finish. Their preparation had been well below average, turning up late and well under cooked in what was such an important game. As for us our preparation had not been the best either. A total washout of games yet again the day before resulted in several the squad deciding to go on a jolly boys outing to the west Berkshire brewery, which I’m sure you’ll now understand the quote of the day above. So, we rocked up, some fresh and some shabby but already to play. With the possibility of rain on the cards the match was reduced to 30 overs a side. We lost the toss and were inserted as you’d expect with the conditions and circumstances.

Batting first Captain Tim Morgan (28) supported by Oli Shaw and ARCC NVKO debutant James Fitzjohn set a platform once again allowing batsman to free their arms in the latter stages of our innings. At 59/3 15 year old Tristan Rossouw (pictured) walked to the crease, soon to be supported by Thad Cooper. The pair took us from 75/5 at the start of the 21st over to 144/5 at the close of our innings in style. Rossouw (45 n/o) striking at a run a ball finished the innings off with a four and a six and Cooper (31 n/o) striking at more than one a ball. In tough conditions albeit a low score we knew we had a good opportunity to go on and win.

So, after a 10 minute turnaround which I must add was not long enough to get fully prepared we were straight back out into the field, with a blunt but fair message of go hard or go home being sent from the side-lines. We knew we needed to be on the ball straight away and whilst they got off to a little of a flier, we pegged them back very well with the class of Dom Whatman being shown as he took five wickets in his allotted six overs spell. Carrick Dunbar another NVKO debutant and Anton Eisner both seventeen replaced Whatman and Casper Mason and finished with exceptional identical figures taking 2/16 each in their six overs apiece. A fragile looking Ben Porter came on and took the final wicket that takes us into The Oxfordshire Final. An excellent well disciplined display from our bowlers who hit the stumps seven times was backed up with some excellent fielding from a very young ARCC NVKO XI. We now travel with great confidence to the winners of Langford or Horspath who play this Sunday on June 6th. 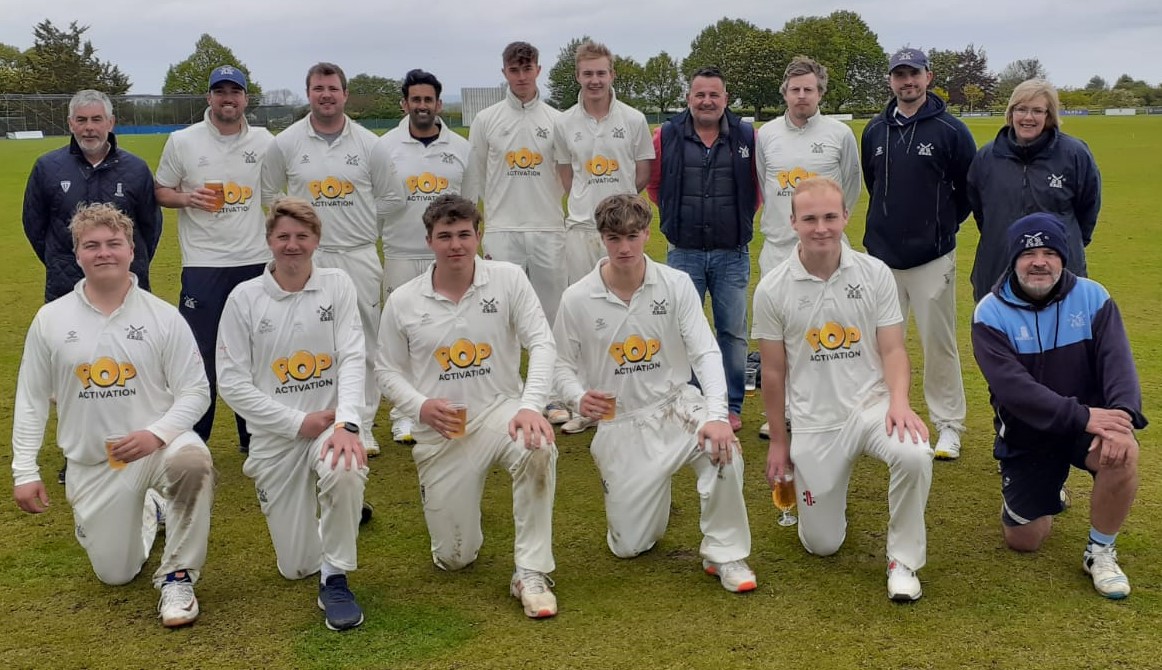 A last note from Dave Ridgley and all the players involved in this year’s NVKO squad. All four of our games have been at home so far, with our next being away we would like to take this opportunity to thank everyone at ARCC for whatever part you have played in taking the time to help us progress to this year Oxfordshire NVKO Final. A special mention to John Little and the ground staff for working tirelessly preparing wickets in very telling conditions.