Quote of the day – “Fail to Prepare; Prepare to Fail.” The First round (yes, the actual first round). At home once again, we this time welcomed Kingston Bagpuize to our hallowed turf. We welcomed this week three new members to our esteemed band of merry man; Gordon Harris, Rishi Pandya, Jamie Revill. It was a sunny but windy day down at Butts Way and the warmup was very much required. As first ball drew near, the Bagpipes turned up and we knew that they had failed to prepare, it was just our job to make sure they were going to fail to win. Tim Morgan again won the toss and decided to bat. We started off fantastically, not losing a wicket as we raced to 71 in the 14th over. Pandya was then bowled for 33 to bring in the young gun Oli Shaw. Batting in a way that can only be described as ‘un-Shaw like’ he scored a chanceless 52 and kept us ticking along brilliantly until he was dismissed in a ‘Shaw like way’ knocking one straight to the grateful hands of cover. It left us 144/5 in the 28th over. But there was no need to fear, J-Rev was here. On debut this season he smashed his way to a stunning 50 including bringing it up with one of the biggest bombs seen this decade clearing the trees over the scoreboard with ease. If Kevin Pietersen gets his way that could be worth 12 in years to come. He and Porter (26) put on 80 in 7 overs before they both got knackered from running about four 3’s to the long boundary in succession and both giving their wickets away cheaply. Again though, the fresh legs and swinging arms of Penhale and Eisner propelled us even further at the back end of the innings to our score of 281 off 40 overs. “A half decent first half”.

After a refuel, we took the field knowing that the game still wasn’t won yet. An early wicket from Penhale probably made us slightly complacent and the 2nd wicket stand from the Bagpipes put on 90. Squeaky bum time. However, the ever-reliable Whatman took the wicket and yes, I know hard to believe Porter took the catch at short extra cover to dismiss their dangerous number 3. The middle order of the Bagpipes couldn’t really fire after this and some economical bowling from Porter and Eisner kept the pressure on. The bagpipes left 134/6 after 25 overs. Again, complacency and the effect of the Arctic wind probably left us a little short of energy to try to finish them off and the number 8 chanced his arm for a respectable 30. It was at this point, when Pandya injured his knee that the super sub was introduced. Many of the youth won’t remember the effect Ole Gunnar Solskjaer had as a super sub for Man Utd, but Uncle Dave had much the same effect. Standing in at short mid-wicket, the poor batsman stood no chance in the war of words and the Bagpipes crumbled to a measly 212/8 off their 40 overs. Many are still wondering why the opener carried his bat for 90*, and I’m sure it will remain one of life’s great mysteries. Another great performance from the men and we will get better. Onwards and Upwards.

Our next opponents are Tiddington at home on May 9th, starting at 1pm.

Thanks to Stuart Little for the photos 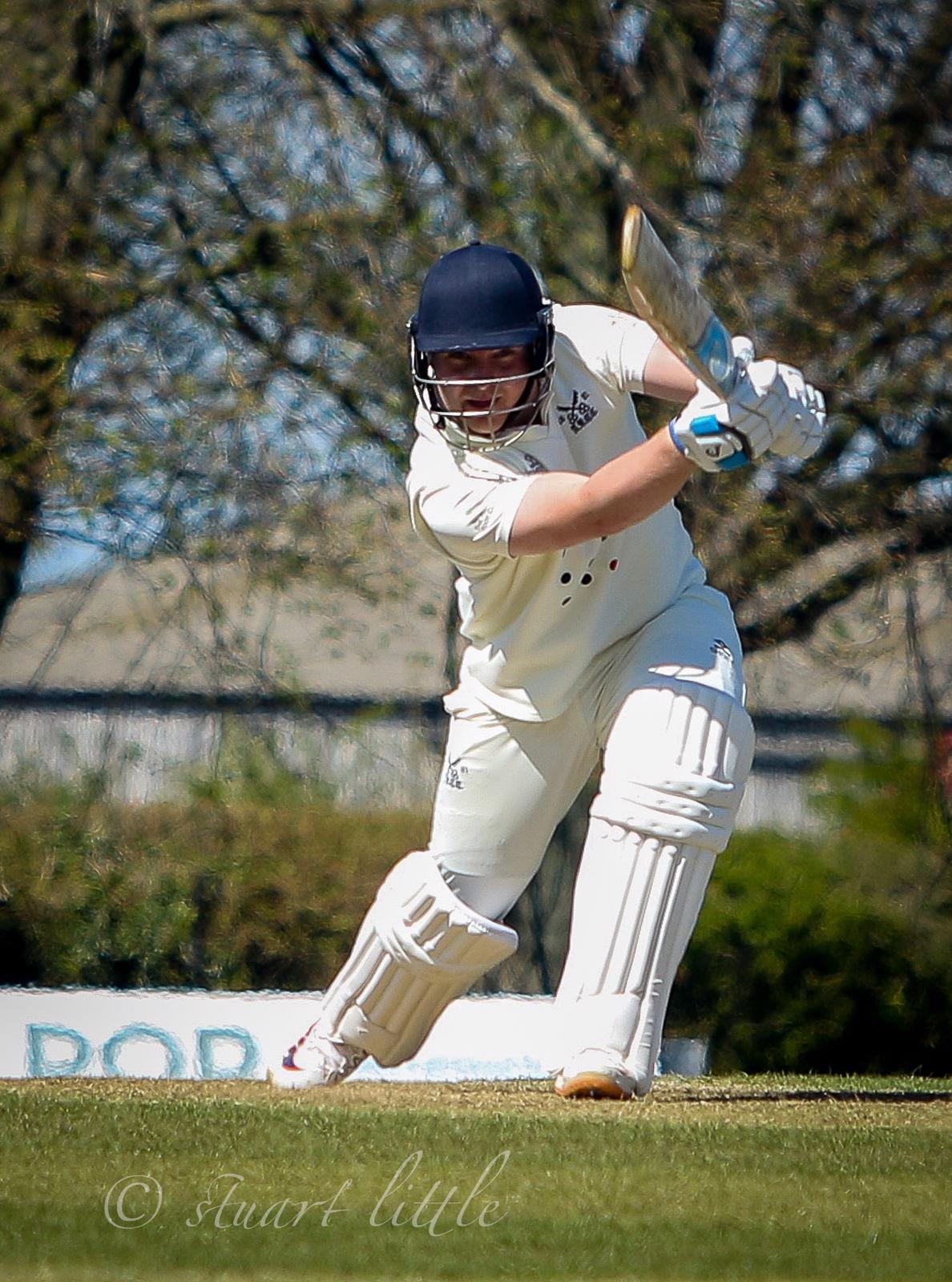 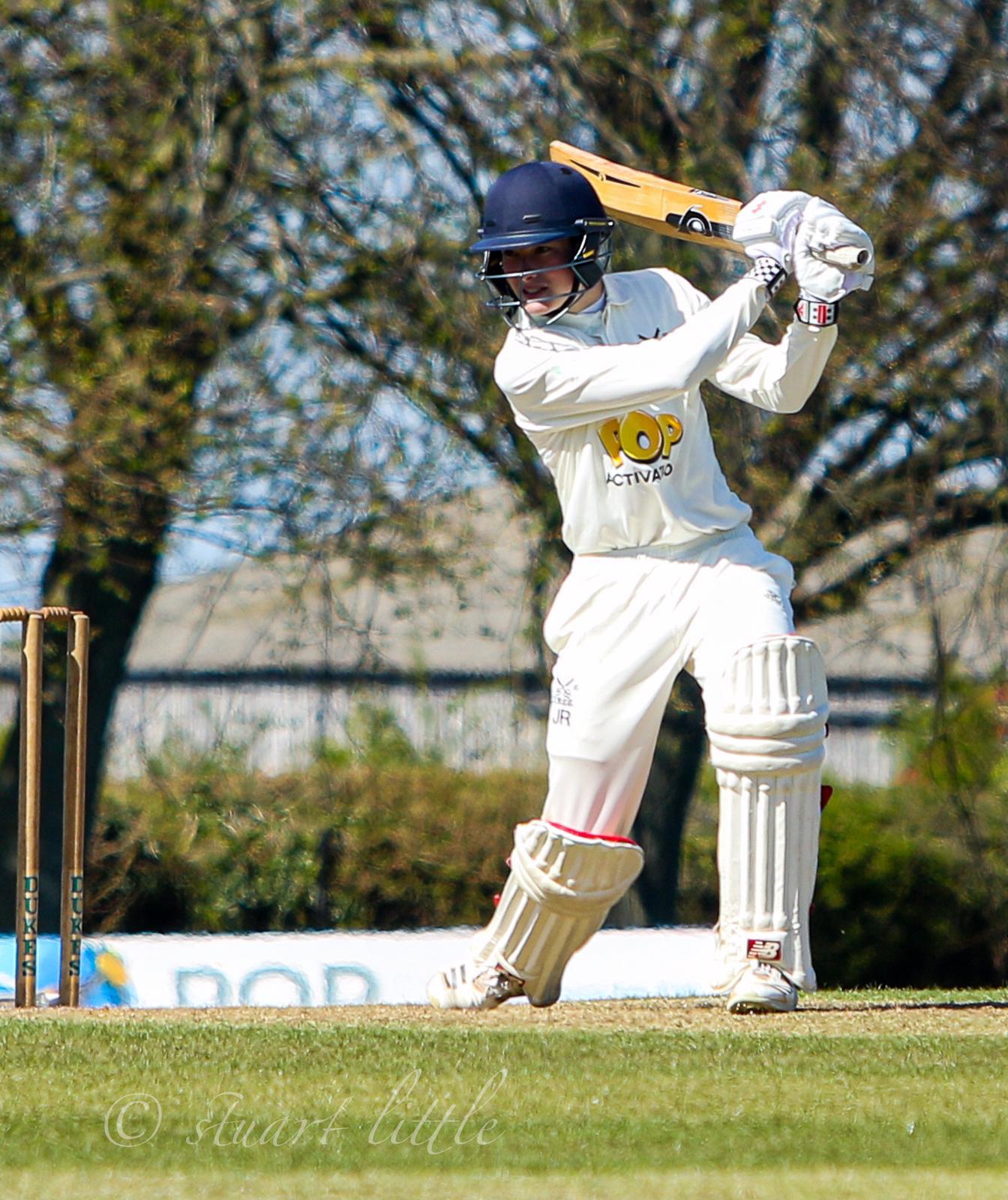 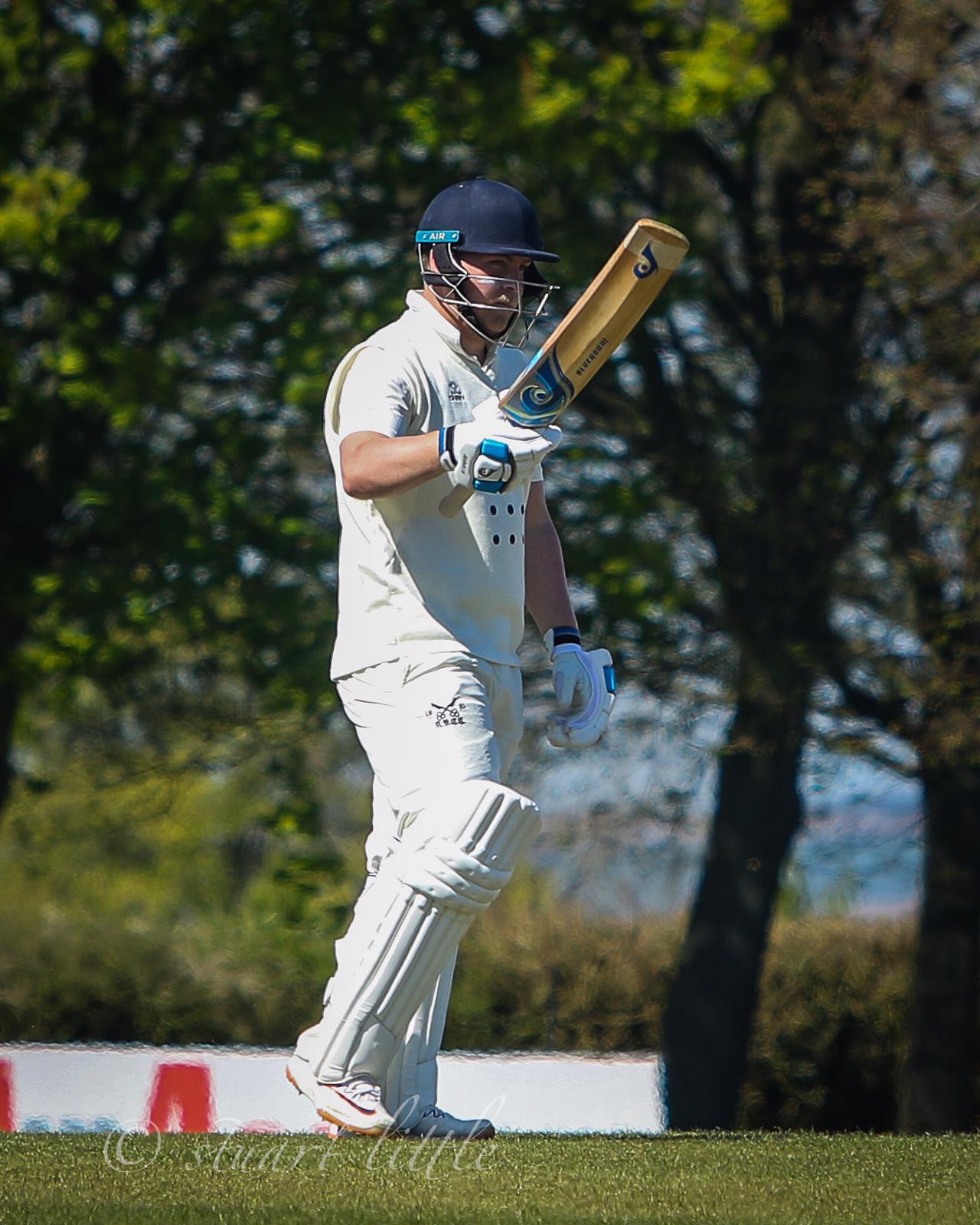 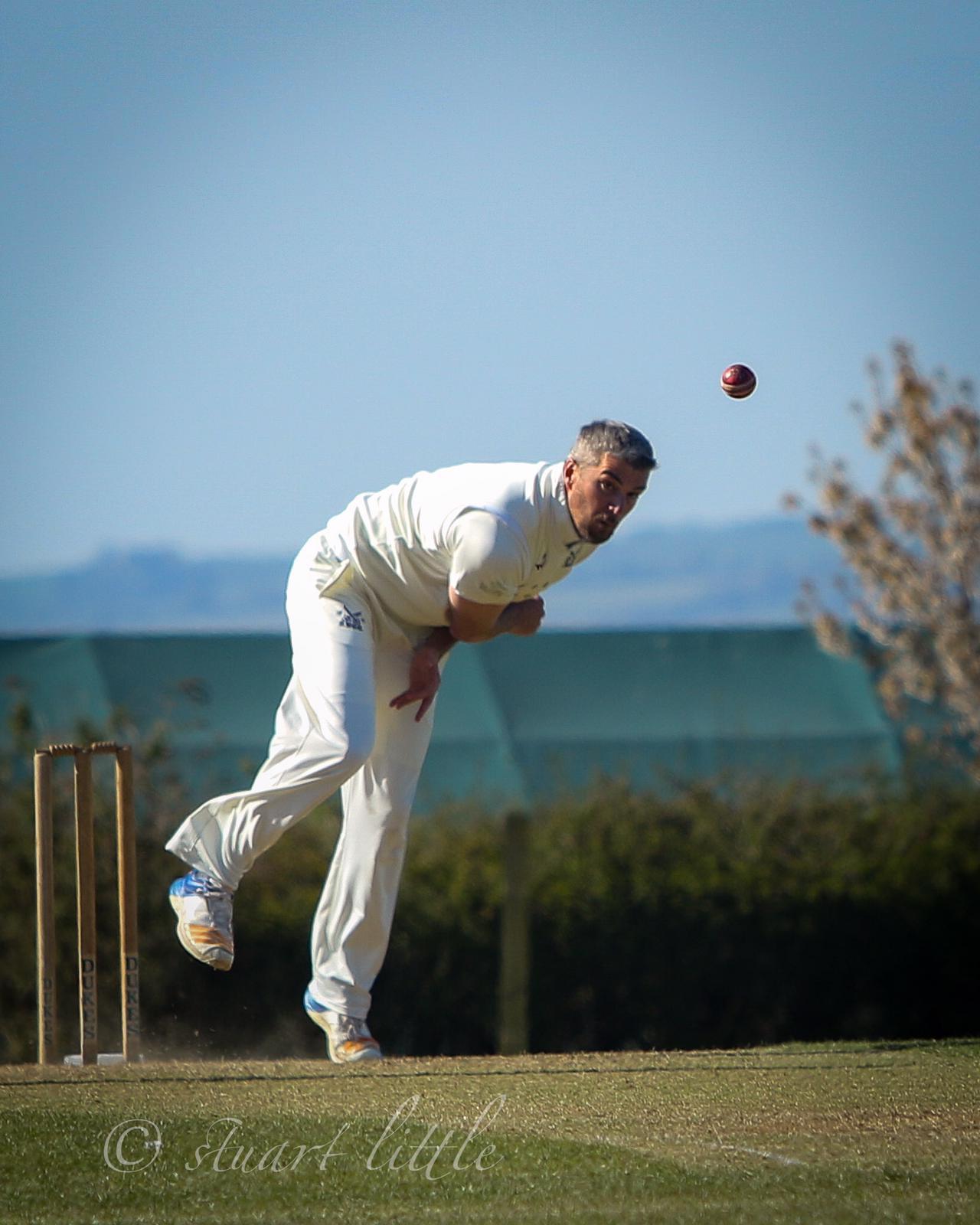 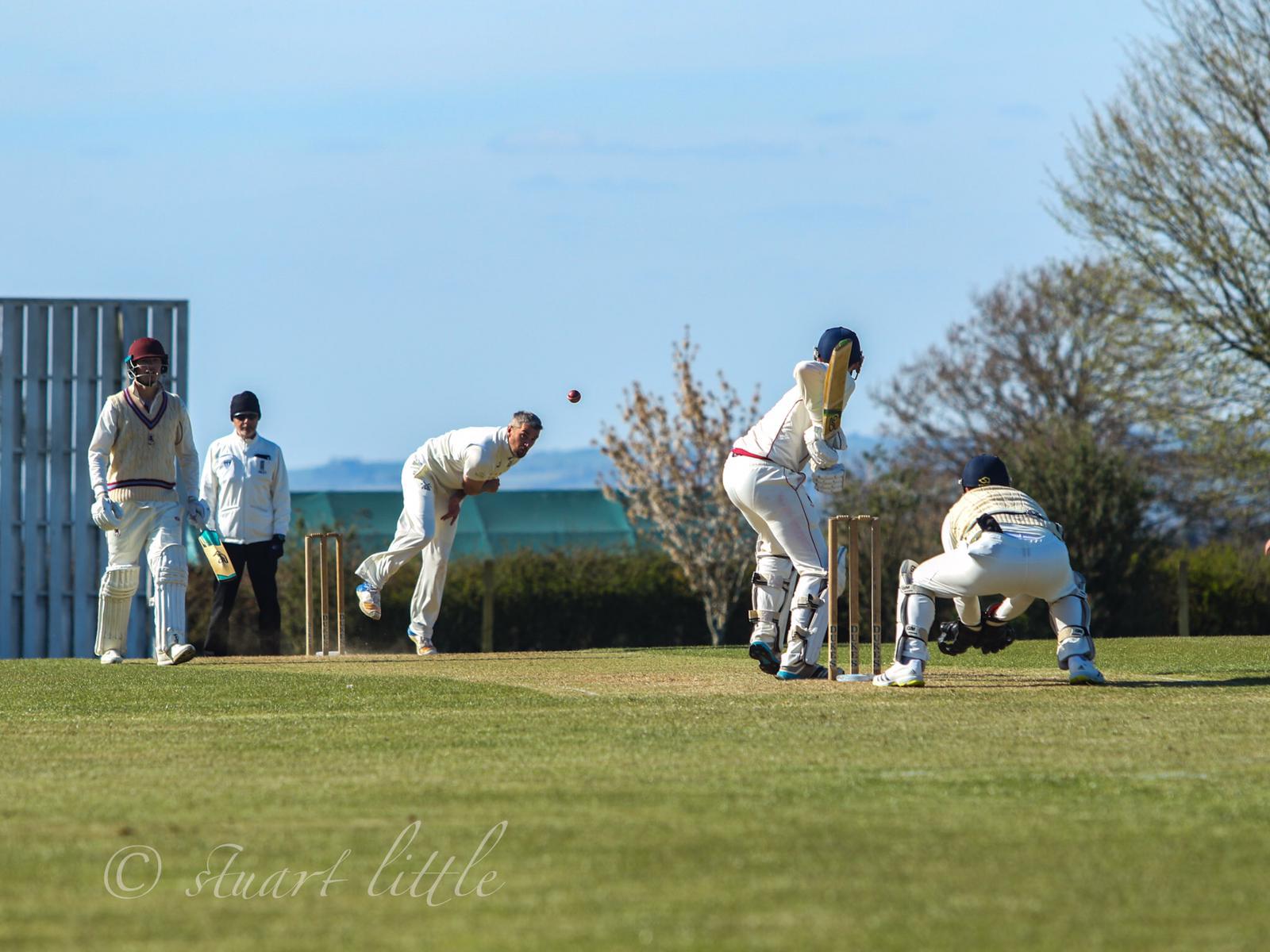 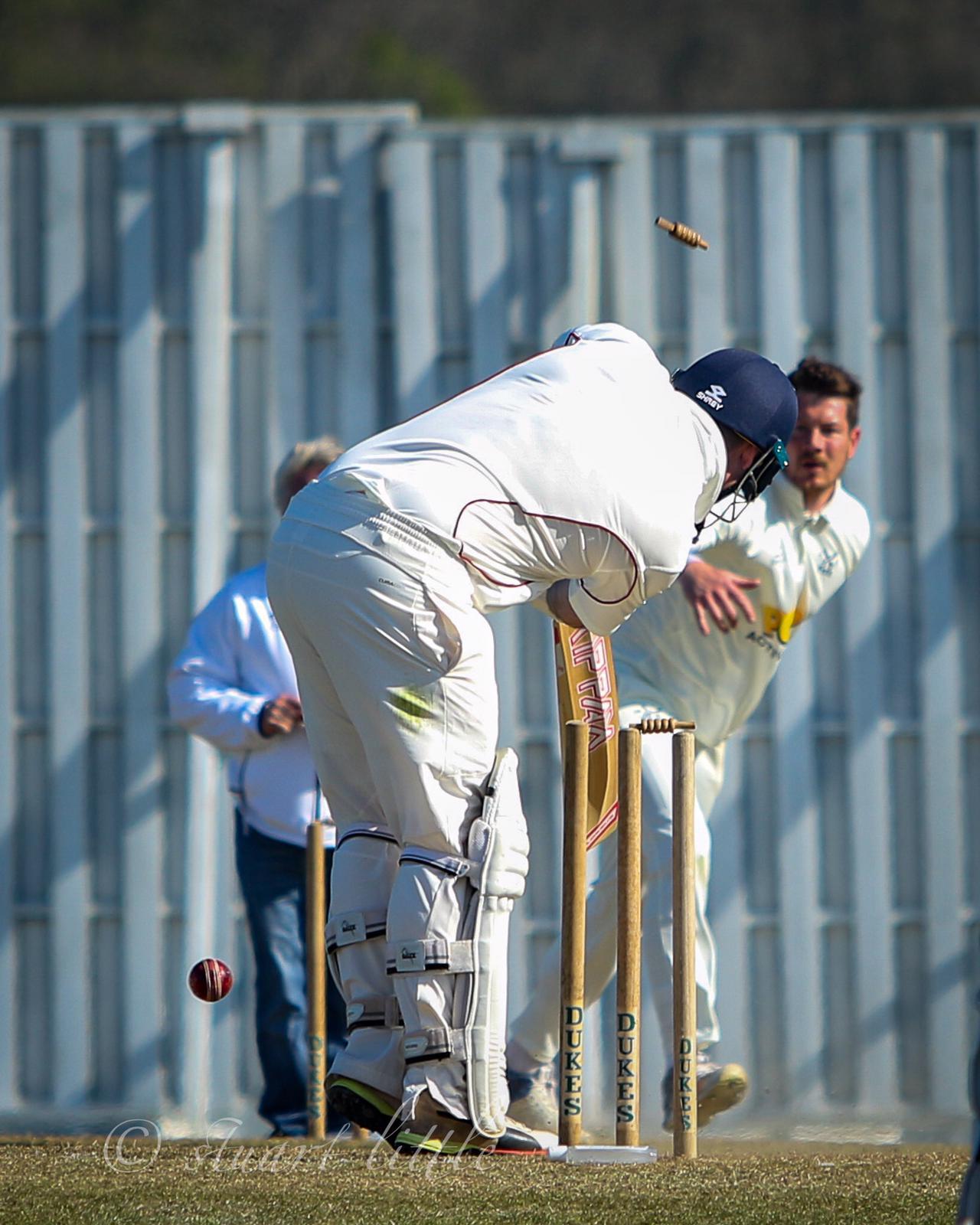 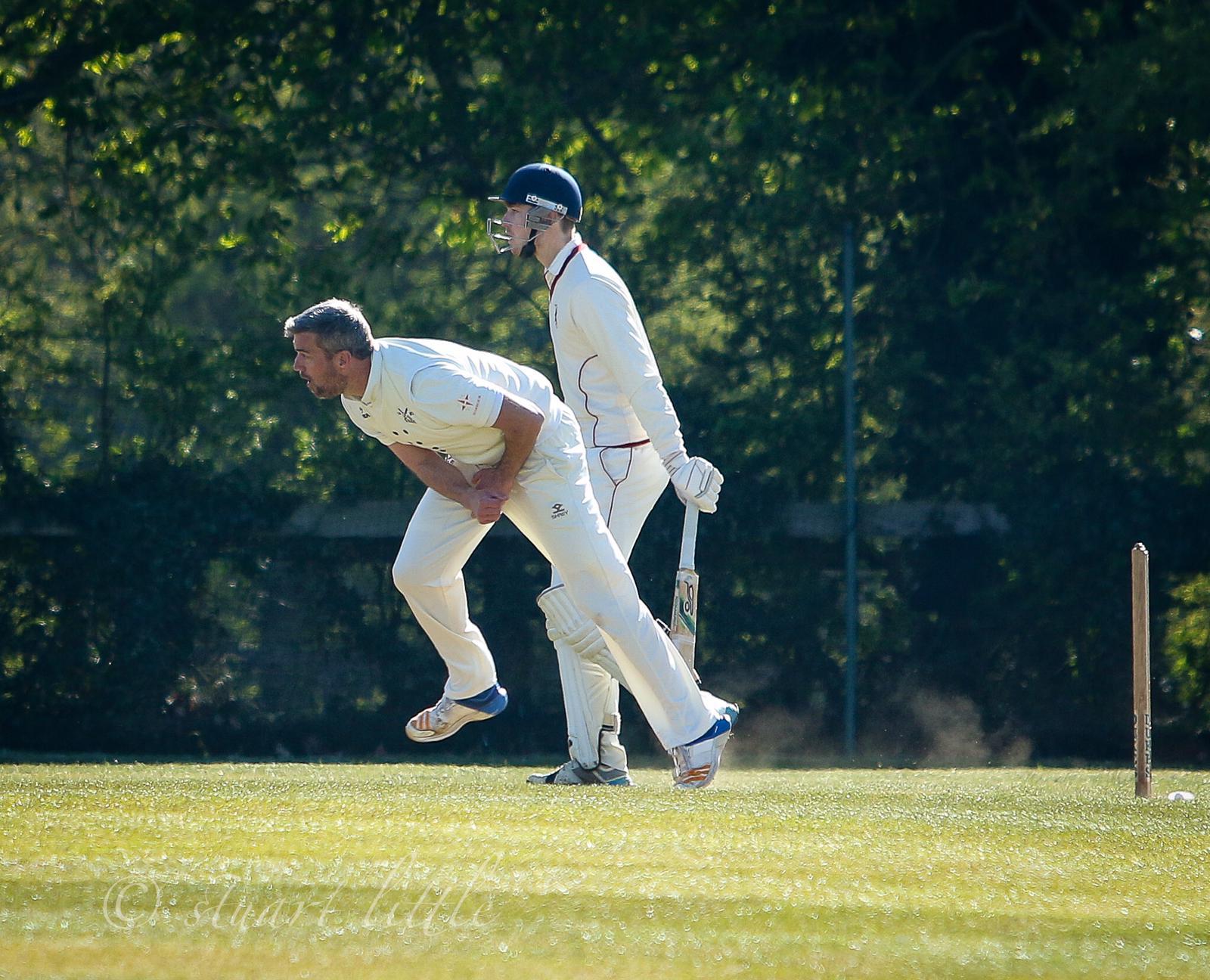 Sunday 18th April was a big day. The first day of the new season for many, but the start of the NVKO for all. The sun was shining, the breeze was limited, and the outfield was rock hard (almost perfect). I would say 11 merry men assembled, but fortunately we had Hayden as our coach and Uncle Dave as the manager, so the backroom staff made it up to 13. 13 is an unlucky number to some, but it didn’t seem it today.

Captain Tim Morgan (Chesty) lost the toss and Cumnor elected to bat first. Karl Penhale and Dom Whatman bowled beautifully to open us up and took a pole or two apiece to leave Cumnor 36/3 after 11 overs. A good start. This is where the backroom staff took a little “break” and Hayden decided to stop watching the cricket and focus his attentions “elsewhere”. It was probably at this point when our squad number reduced to 12 that we really put our foot on the Cumnor throat, so to speak. Anton Eisner bowled a perfect nagging line and length and picked up match best figures of 3/19 from 7.

Cumnor did get some help from what can only be described as ‘not the greatest display of spin bowling ever seen on the hallowed turf’ but Adam Muttitt did burgle himself a couple of wickets towards the end, so it wasn’t all bad for the spinners. Also, special mention to Tristan Roussow who bagged himself a wicket on home debut, plenty more of those to come, I’m sure. After a little resistance from the Cumnor no.3 we bowled them out for 127 in 32.3 overs. In the immortal words of Uncle Dave, it was a “half decent first half”.

As table service started to pick up in the hospitality zone, the two specimens, Morgan and Sasha Barras strode confidently to the crease. They played some fantastic shots on a lively wicket, stroking them all round the ground. Barras brought up his 50 with a crunching bomb over extra cover straight into the pavilion and Morgan followed suit not long after with a glorious on drive down the ground. There was a point when Will Hammersley was getting slightly worried, he could be up for a TFC, but unfortunately Barras gave slip some catching practice and Hammersley was in. Playing in his usual flamboyant manor he powered one down the ground only to try and hit it even further next time and be stumped. Oli Shaw came in at 4 and finished the game off with Morgan quite comfortably. Cracking red inker for the skipper first game out. All round top-drawer performance from the lads – the seamers set the tone and the batters finished the job. Next stop is next Sunday 25th April at home to Kingston Bagpuize, would be lovely to see the hospitality zone full, even if you do have to turn away and ‘not watch the cricket’. Onwards and Upwards to Lords.

Whisky of the game: Famous Grouse (slowly drunk from Muttitt) 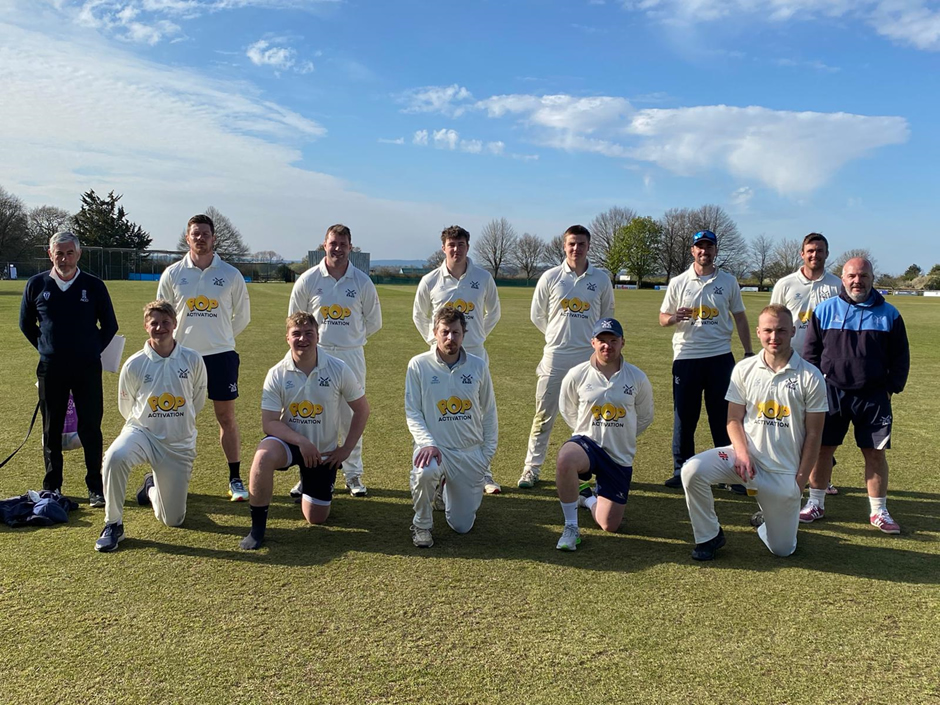