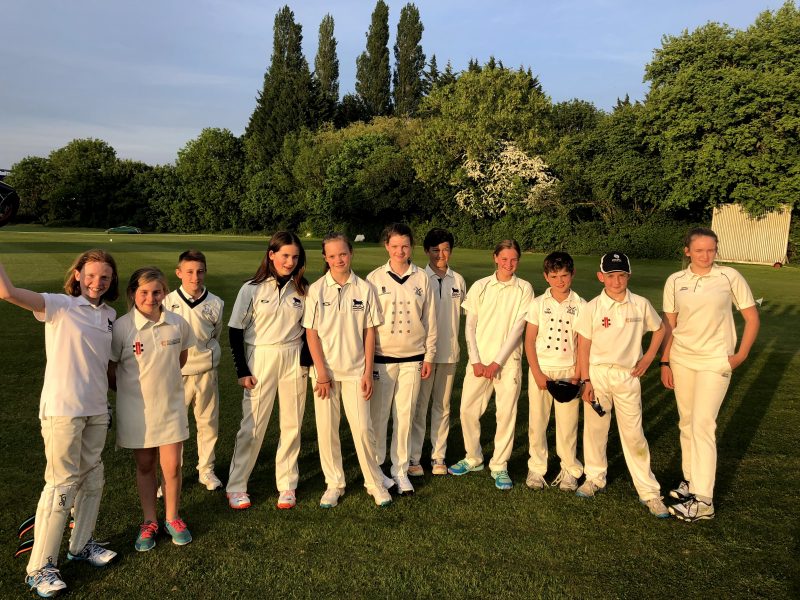 ARCC girls have done it!

After beating MP Sports Academy on Thursday by 9 wickets they top their league after winning all 6 games. Skipper Aimee Diab won the toss and elected to field first on a hot evening. ARCC really worked hard in the field and got early wickets thanks to Jacob Eaton and Samuel Grocutt and then Aimee and Georgia Fenwick both bowled maiden overs with Georgia nearly getting a hat-trick. MP Sports ended their innings on 82 for 9 from 20 overs.

In reply ARCC then came it to bat and this was led by Charlie Basden who paired with Samuel was not out for 26 when ARCC got the required runs ending on 85 for 1 from 9 overs. 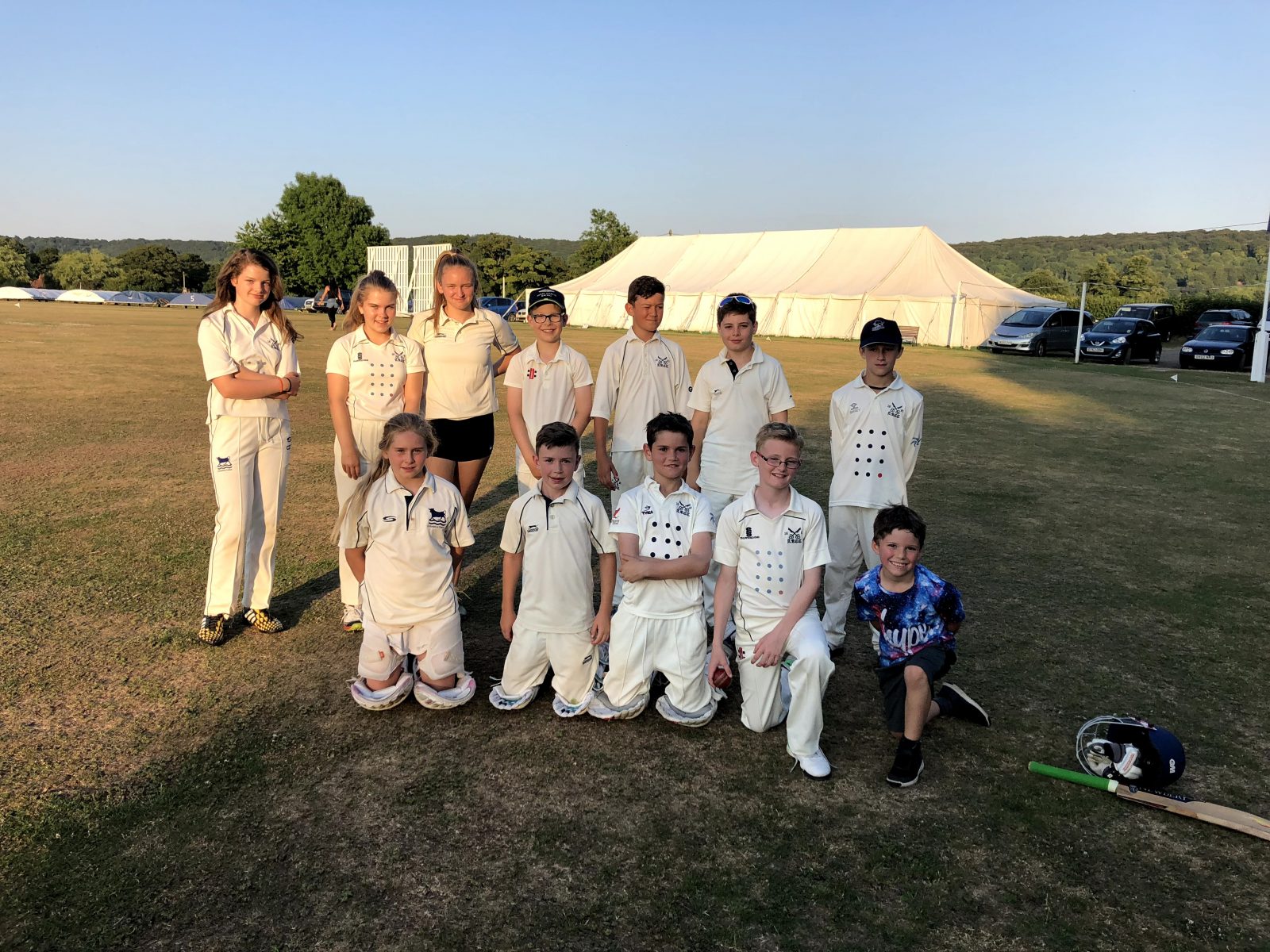 ARCC Girls played top of the table Cublington Girls knowing a win was vital if they wanted to progress to finals day.

Captain for the day Aimee Diab won the toss and elected to bat first, the team also had Melissa Chapman playing her first game. Conor Rogan and Charlie Basden opened the batting, Conor scored 10 and Charlie scoring 18. Aimee also got in the runs and had to retire after scoring 30 supported by Jacob Eaton who scored 19 helping the team end on a very good 121.

In reply Cublington’s openers started very well but kept losing wickets throughout their innings and it was Jacob who took last wicket removing their opener who made 34 in their total of 100. 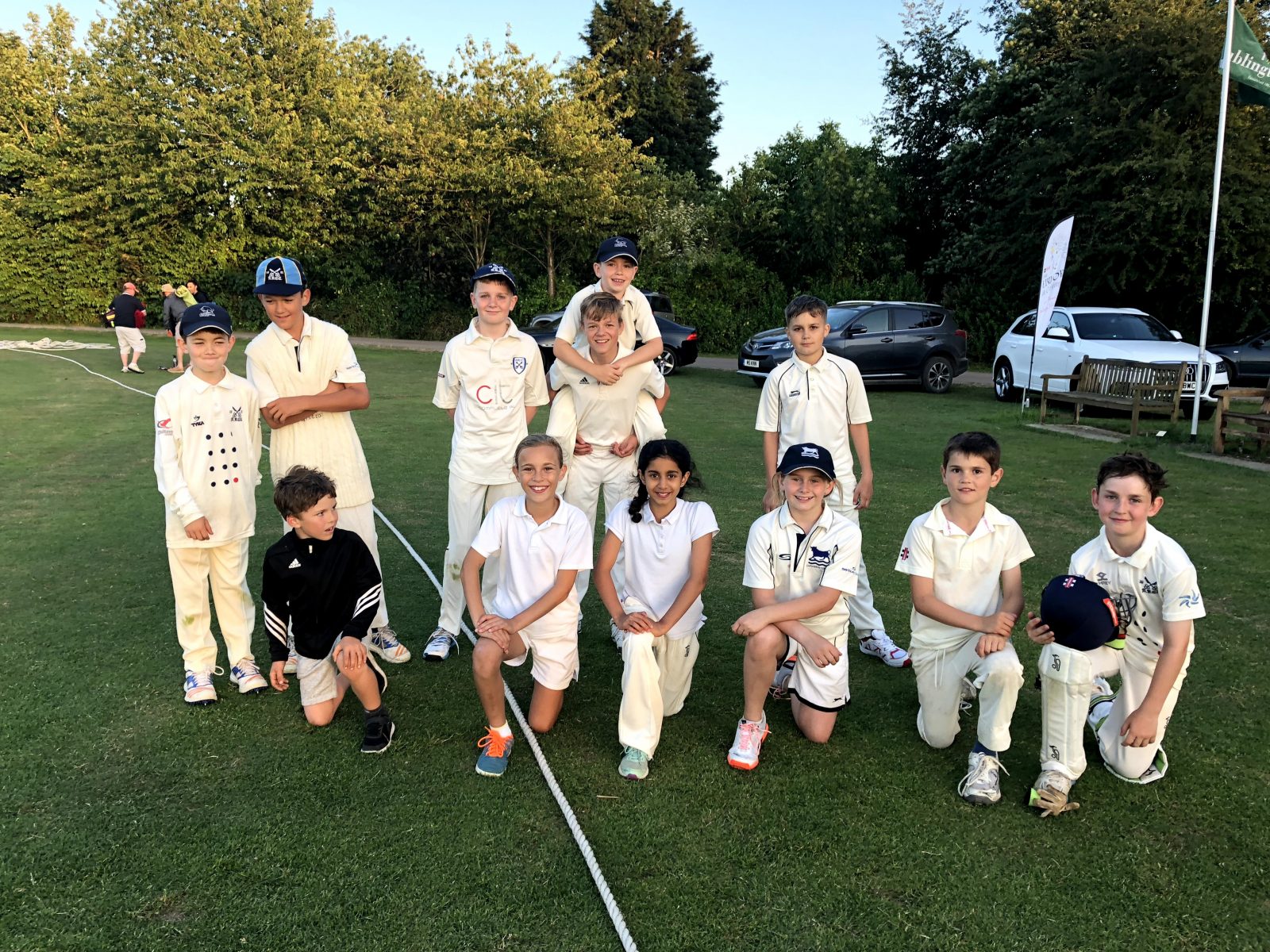 ARCC Girls team led by Aimee Diab lost the toss and were asked to field first. We started well with some great bowling and fielding and amazing team spirit by every ARCC player. Wendover came in with a extremely strong line of batters and scored plenty of runs leaving ARCC to chase a mountain score of 138 runs in their 20 overs.

This could have been a much higher run rate had it not been for superb fielding by all ARCC Girls players working tirelessly together. The wickets were shared around by Aimee, Annabel Nicol, Lewis North, Conor Rogan and Jacob Eaton but to name a few and accurate throw ins from Annabel and Arlo.

In reply ARCC Girls coming in to bat Lewis North was run out very early on by an amazing throw from Wendover. Lucy Johnson and Aimee Diab then made up a strong Partnership putting on some valuable runs. Once these batters were out new batters in Jo Davies, Annabel Nicol and Noah Mungrue (who played with an injury and required a runner, first time seen and confused a number of players) kept up with the required 7 runs an over rate.

With the clock ticking towards 9.20 pm ARCC girls finally hit the winnings runs in the last over of the game with 3 balls remaining leaving ARCC winners by 3 wickets.

Thank you to Arlo, Ben Skilleter (First time batting in a match) and Lewis who stepped in at the last minute to make up our numbers.

Next game will be 29th June against Cublington.

ARCC U13 girls led by Aimee Diab loss the toss and were asked to fielded. Bowlers Georgia Fenwick, Lotty Shaw, Aimee Diab, Leiws North shared the wickets and bowled Bledlow out for 55 runs in their 20 overs. The fielding highlight was a very memorable throw from the boundary by Samuel Grocutt which resulted in a run out.

Our next game is vs Wendover U13s at Aston Rowant CC during the colts training at 18:00 on Friday 15th June, please come and cheer the girls (and some boys on).

U13 Start season with a win over Princes Risborough

This was ARCC Girls first game of the season against a very well managed and prepared Princes Risborough all boys team. ARCC who were skippered by Aimee Diab who won the toss and batted first. The team went out with a strong and calculated attitude of getting as many runs as they could and running at every opportunity, ARCC ended on 110 runs from their 20 overs with Charlie Basden being the top batsman scoring 23 runs from 32 balls.

In reply Princes Risborough struggled to get near the ARCC total of 110. Our fielding and bowling was just too strong and wickets began to fall at regular intervals helped by very good encouragement from all the players, just like true pros! There were way too many wickets to say which one was top but memorable ones would be Charlie Basden and Georgia Fenwick taking 3 wickets each and if it wasnt for the last ball of the match Georgia may have made a hat-trick! There was also a great catch from Lucy Johnson and direct throw run out by Annabel Nicol. There was some amazing wicket-keeping by Rosie Wood who ensured that the opposing boys had few if any runs to make. 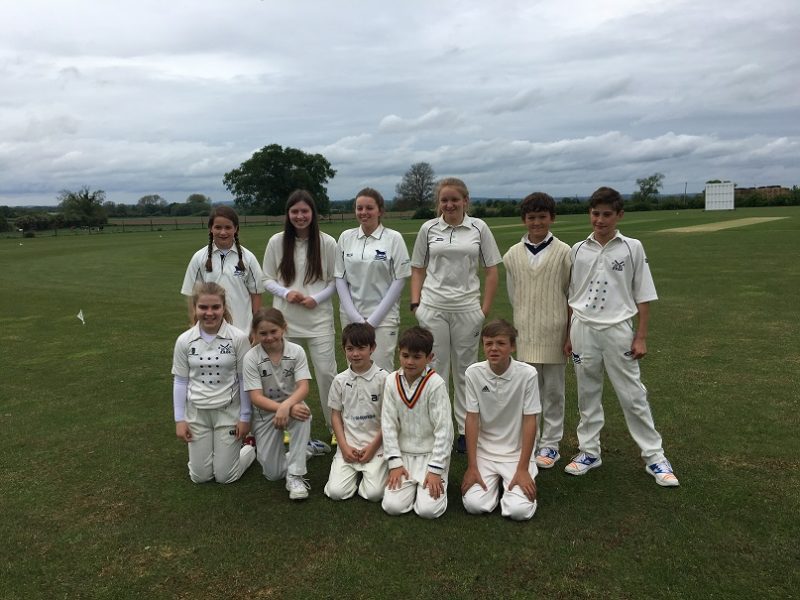 After winning the toss team captain Shannon Lewickyj-Spicer elected to bowl first in dark and gloomy conditions and with rain forecasted it was agreed to shorten the match to 15 overs.

ARCC who were fielding first really fought hard to take a number of wickets and with some great fielding by the team kept Bledlow to scoring just over 2 runs an over. With rain now starting to fall this made bowling and catching the ball very difficult. The team captain Shannon Lewickyj-Spicer and Vice Captain Aimee Diab really got the team to focus and work well together. With a first appearance for the ARCC Girls as a new player Lucy Johnson was the wicket keeper and made some excellent stops behind the stumps

Shannon took 2 wickets along with Lottie Shaw taking a wicket. The teams fielding got a number of catches and in particular was a hard catch by Joe Davies and a superb throw in by Georgia Fenwick for a run out to leave Bledlow on 36 for 4 from their 15 overs.

In reply Aston Rowant openers Shannon Lewickyj-Spicer and Liam Hester set about chasing down the 37 runs needed for the win. With more rain forecasted the opening pair didn’t hang around and tried to score off every ball. They had moved the score onto 33 when Shannon was out caught for 8. Next in at number 3 was Aimee Diab who hit the winning 4 with her first shot to the boundary leaving ARCC girls winners by 9 wickets leaving Liam on 18 not out with over 9 overs spare.

This was a really good team performance in very difficult conditions, well done to all the team.

Many thanks for all the helpers involved.

Here is the full scoreboard can be found here, many thanks for Martyn Johnson for this. martynjohnson.net/scorecard.php?fixture=803

Next home game will be against MP Cricket academy on Monday 12th June at 18:00. Please come along not just to cheer the girls  on (loudly) but to see what a formidable team they are.

The score was Waddesdon 135 runs in 20 overs Arcc achieved 99 in 18 overs. Wickets were taken by Aimee Diab, Jacob Eaton, Joe Davis and Liam Hester. Rory Francis retired after hitting some great balls and came back in for a run.

The team was captained by Emily Harris and VC Shannon Lweickyj-Spicer.

Team manager Mak Diab commented ‘It was really exciting to see the girls and 4 boys really doing an amazing job fighting every ball to try to reach Waddesdons 135 runs. We are all looking forward to the
game against Bledlow at home next week.’