The Under 9’s winning start to the season has continued. After a second 100+ run victory at Bledlow (debuts for Kaian Eaton and Tabitha Keane, top scorer with the bat Bertie Lee) came the altogether sterner test of MPC Academy.

MPC batted first. Niamh opened the bowling for AR with Ryan. Niamh’s first two overs conceded just the one wide – which gave us a great start to the game. Two wickets each for Ryan and Rocky (in two balls) restricted MPC to 262. A notable mention should go to Molly who played her first ever game of cricket – giving away just 9 runs in her two overs, without even having to resort to her , now infamous, cartwheel delivery. We hope to see that later in the season.

Molly and Niamh opened the batting and gave us a foundation for victory. George and Otto accelerated the run rate before Ryan and Rocky added a further 37 . Alfie and Austin steered us home, in the face of some ferocious MPC bowling,  for a 28 run victory.  Top Scorer – Ryan 15.

Next up the Haddenham festival, then Thame!

U9’s off to winning start

The Under 9’s opened the defence of their Aylesbury & District mid-week  league title with a sold 142 run victory against Princes Risborough on a sun kissed evening at AR. The dynamic across our team bodes well for the season with a great spirit. Notable performances from George and Rocky with 3 wickets each. George with a further outstanding catch and Niamh contributing with a magnificent  c & b.  Alfie topped the batting with a graceful 29 , followed by George with a rapid 26 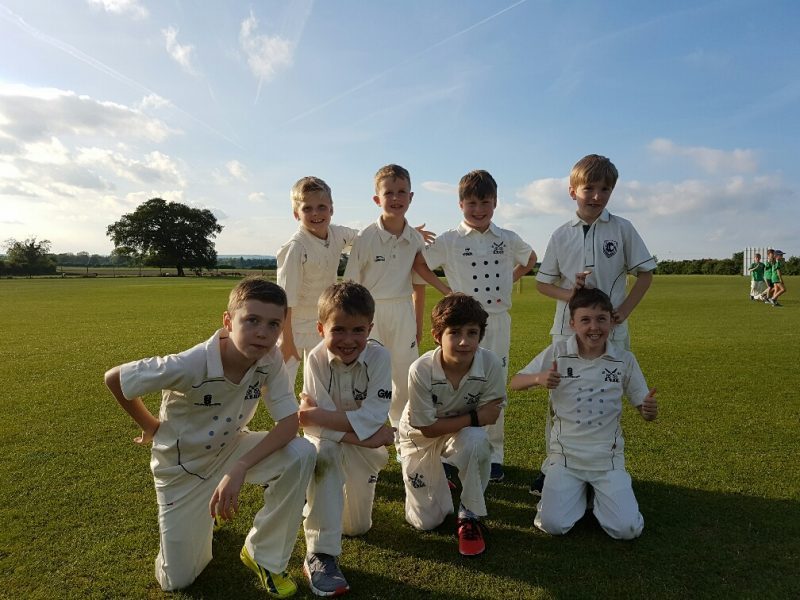 After the disappointment of cancellation due to rain of the 1st organised match, Aston Rowant Under 9s took on local rivals Bledlow
Captain Sam Hanforth won the toss and decided to have a bowl. Opening bowlers Angus Monk and Owen Chown soon got into a good rhythm only conceding 6 runs in 4 overs. Owen picking up a wicket. The following Aston bowlers along with good tight fielding kept the Bledlow batsmen in check. Two wickets from Calum Lambert and 1 each for Max Fendom, Shawn Hanforth and Ryan Lambert. Bledlow finished up on 229.

Bledlows opening bowlers started well, picking up a couple of early wickets but they didn’t appear to have the same bowling depth of Aston and soon the score board got moving
Aston finished on 303 for 3 so an excellent start to their campaign.
Thank you to Steve for scoring and Mark for coaching